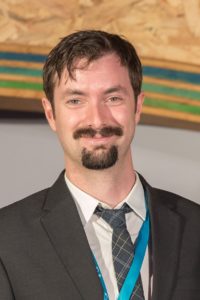 Entries close on 12 January for the 2018 IFAJ/Alltech Young Leader in Agricultural Journalism Award.

On sponge cake and agriculture in South Africa

As our bus wound its way along a narrow country road in South Africa’s northern Gauteng Province, I broke the news to the woman sitting next to me. She was shocked. For a few moments she stared unseeing at the passing countryside dotted with flowering cosmos, as she absorbed the new reality I had presented her.

Lamingtons were invented by an Australian, and not by my new South African colleague’s grandmother.

It was perhaps a painful realisation, but it turns out the lamington is just one of a long list of innovations that have been shared back and forth between the two countries.

In the Western Cape, dryland grain growers are shifting to what they refer to as the ‘West Australian model’ of seeding. In Gauteng, Africa’s largest supplier of carrots has built its 200 tonne per day business on labour-efficient practices learned from Australian growers. And dotte 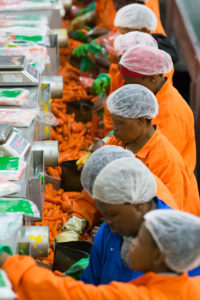 d across the country, of course, is the ever-present eucalypt, of which South African foresters harvest nearly seven million tonnes each year.

On the other side, systems developed near Cape Town to convert food waste into fly larvae for animal feed are now being installed in the Sydney Basin. In Delmas, east of Johannesburg, high yielding, drought tolerant white maize varieties are being bred that could open up markets in Asia for Australian growers. In Bethlehem in the Free State, research all too familiar with Russian wheat aphid are helping Australian breeders develop cultivars resistant to the recently-discovered pest.

Exposure to stories like these is one of two reasons attending the IFAJ Congress was so valuable for me. It was my first time at the event, an opportunity I was given as part of the IFAJ-Alltech Young Leaders in Agricultural Journalism Award. The award granted me a scholarship to attend the Congress, as well as participation in a unique boot camp. 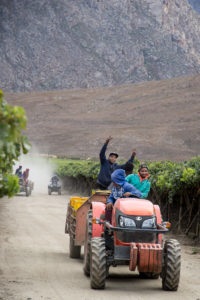 The boot camp, and the people I met there, are the second reason I got so much value from the event. The boot camp included hands-on training with some of the most experienced agricultural journalists in the world. On top of that, I was introduced to a fantastic network of other young journalists, such as the slightly disappointed fan of chocolate-coated sponge cake.

It was a wonderful experience, and I came back more enthusiastic than tired (the mark of a good event, I’ve been told). I encourage every other young agricultural journalist in Australia to enter the Young Leaders award through the ACAJ. It’s a chance to learn more than you thought you could, and come home vibrating with new ideas and passion for what we do. But if you meet another lamington-lover, be gentle with the news.