The ACAJ is administered by an executive committee, which incorporates representatives from each affiliate and Australia’s national delegate to the International Federation of Agricultural Journalists.

Click on each name to learn more about the Committee. 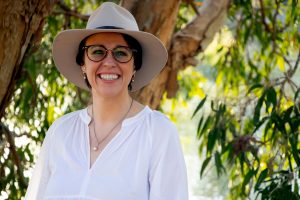 Kallee Buchanan started her career as a journalist at the Bundaberg News-Mail in 2008, before joining the ABC in 2009. She’s since worked as a reporter and presenter in stations in Orange, Rockhampton and Bundaberg. In 2017 she won the radio and digital categories at the Queensland Rural Media Awards, and was named the overall journalism winner as well, which earned her a trip to the IFAJ congress in South Africa. She went on to win the International Star Prize for Digital Media. She joined the committee of the Rural Press Club of Queensland in 2016 and became its representative on the Australian Council of Agricultural Journalists in 2018, becoming the secretary of the ACAJ in 2019 and president in 2020. 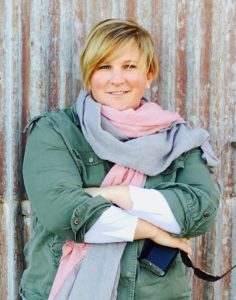 When she isn’t rolling up to her sleeves as a fencing sidekick, Samantha Townsend can be found in paddocks and in towns around the country as a roving reporter The multi award-winning journalist has been telling bush yarns for more than 20 years and is passionate about being a voice for rural and regional Australia. Her extensive experience ranges from main-stream journalism to reporting on regional matters. Samantha has also spearheaded various campaigns including ‘We’re for the Bush Drought Appeal’, which raised more than $3 million for drought-affected farmers. 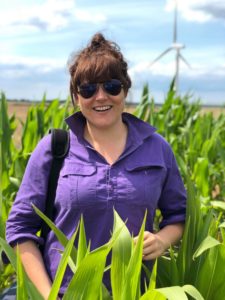 While penning cattle at the local saleyards as a teenager, Simone decided she wanted to be an agricultural reporter. More than 15 years later, she still treks across the country telling the stories and photographing those who produce our food and fibre. Simone has won state and national agricultural journalist awards and is mostly know for her coverage of the dairy industry, including the “Dairy Crisis” in 2016, for Australia’s biggest-selling rural newspaper The Weekly Times. 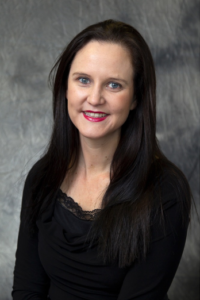 Trained as a journalist, Carolyn can source a great story from a hundred paces. Add to that extensive experience working in the marketing and PR profession and you have the perfect package. From boosting the media profile of corporate organisations to persuading families to eat red meat, Carolyn has been part of marketing and communication campaigns that have really pushed the envelope. Carolyn consults and leads campaigns in the agriculture, rural and regional communities, mining, infrastructure, and charity sectors. Carolyn’s rural upbringing and passion for Australian agriculture, has enabled her to promote our farmers as being the best in the world. Leigh is the current President of Rural Media South Australia, a long serving member of the ACAJ, and has been ACAJ’s delegate to IFAJ for the last seven years. Along with his brother Drew, he is Director in media company RadMedia and also produces podcasts for clients through “Events on Air”. Leigh continues his interest in everything rural and remains committed to making a difference in regional Australia.

Up until 2017, Leigh enjoyed three decades of adventures with the Australian Broadcasting Corporation, beginning as a trainee rural reporter back in the 1980’s. Initially it was a very rapid learning curve, but he quickly realised that rural reporting was both a unique and fascinating area of broadcasting. He describes every day since as a learning experience and a chance to meet some of the nation’s most interesting leaders, farmers and characters. Leigh worked as a rural reporter at ABC regional stations in Victoria and South Australia. He was the voice of the Country Hour in South Australia from the early 1990s until January 2005, and served as the State’s Executive Producer of ABC Rural programs from 1997 until being appointed National Editor of all ABC Rural programs and online content in 2005.

Leigh became Head of Rural and National programs for the ABC’s new Regional Division in July 2015, adding TV programs ‘Landline’ and ‘Back Roads’ and National Radio programs ‘Australia all Over’ and ‘Saturday Night Country’ to his portfolio. A multi-award winning broadcaster, he has a number of Dalgety Awards for Excellence in Rural Journalism to his credit and a number of Landcare awards. He was the inaugural winner of the Telstra Rural Journalist of the Year award in South Australia in 1996. Ben is an experienced agribusiness advisor who has worked with a broad range of clients for more than 15 years. He combines practical farming experience with advisory and corporate finance experience to provide a range of solutions to various clients and situations.

Ben grew up in northern New South Wales and took over the family farm 10 years ago. He is passionate about the agricultural industry and the exciting times it has ahead.

Ben is responsible for coordinating the awards for the Farm Writers Association of NSW and believes that the great stories of rural Australia need a strong platform to be told from. Dale Manson spent a 34 year career with the South Australian Government, primarily in the area of community capacity development in the livestock industry. He produced and presented a daily rural program on a commercial regional radio station for 28 years. Dale is a Life Member and Director on the Board of Rural Media South Australia, a position he has held for 30 years, and also chaired the Judging Panel of the South Australia Rural Journalist of the Year Awards for the past ten years. Having an interest in tertiary education of agriculturalists, he serves as a member of the University of Adelaide Vice Chancellor’s Alumni Council representing the Roseworthy and Waite agricultural campuses.