A story showing the growing demand for heritage barley by craft brewers and distillers in the context of a trade dispute with China has taken out Australia’s top prize for agricultural journalism.

ABC Landline’s Sean Murphy has won the Australian Star Prize for Rural Broadcasting, sponsored by Rabobank, with his story Barley Boost: Heritage varieties in demand by craft brewers and distillers after also winning the video category.

”The judges were impressed with the paddock to pint approach of the story, which cleverly appealed to both the farmer and the consumer while also covering the impact of COVID and trade disputes,” ACAJ President Kallee Buchanan said. 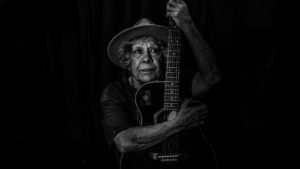 Bec Whetham wanted one photo to encapsulate Aunty Penny
Bonney’s strength and her struggle as a proud Boandik woman.

The winner of the radio category was Marian Faa, with her piece on the quest for climate resilient Taro for the Queensland Country Hour and Pacific Beat, while the digital category went to Jodie Hamilton for her work covering the unexpected gift a bushfire brought to farmers in South Australia for ABC Eyre Peninsula.

The Australian Star Prize for Rural Writing went to Sue Neales for her profile of dairy farmer Barry Irvine, published in AgJournal.

“The judges praised her ability to paint a picture with words, to balance the personal with the industry context, her thoroughness and unique approach.”

Fascination with brewing also featured in the prestigious Australian Star Prize for Rural Photography, with Elisa Rose’s clever image “A Splash of Red” for the Mt Barker Courier winning both the production category and the overall prize. 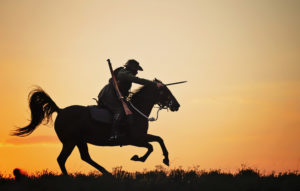 This image is from a set of three depicting members of the Naracoorte Tenth Light Horse Brigade.

“The judges felt the fun image reflected the fun of the subject, was cleverly created and highlighted the pride of the farmer involved in its creation,” Ms Buchanan said.

The landscape award went to Jacqui Bateman for her image from the Bersheeba reenactment published in the Adelaide Advertiser, while Bec Whethem’s arresting image of Aunty Penny Bonney for ABC Online was the winner in the people category.

Both the Broadcast and Writing award winners will receive a bursary to travel to the next IFAJ Congress, which will be held in Canada in June 2023, while the Photography winner will receive a cash prize.

Each of the category winners will be judged at the International level at the IFAJ Congress being held in Denmark this week.

“Once again Australia has sent a strong field to compete among the best rural content makers in the world, and I look forward to watching the results,” Ms Buchanan said.