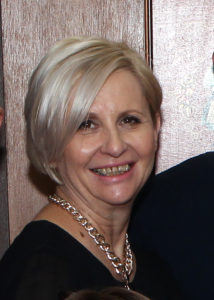 Genevieve (pictured) is one of two finalists in the QRRRWN Leadership Award category, which will be announced at annual QRRRWN Conference in Emerald on 19-21 October.

Born and bred in the bush, Genevieve grew up on a sheep property at The Gums, Queensland.

She always had a passion for words and made a successful career combining her love of writing with her commitment to agriculture – spending the majority of her journalistic career working as a rural reporter for Queensland Country Life.

Genevieve is an experienced communicator with a career in agricultural journalism that has spanned almost 20 years.

She is currently the President of the Australian Council of Agricultural Journalists (ACAJ), which is the umbrella organisation for a network of Australian press clubs focusing on rural and regional Australia.

Prior to that she was one of the most committed and successful Rural Press Club president’s in their history.  Through her creativity she pioneered some of its flagship initiatives and has had the drive to make the Rural Press Club, the state’s leading forum for agricultural debate and promotion of the importance of the rural industries.

She is one of only seven people in 40 years to be honoured with a lifetime membership of the Rural Press Club.